After Sunil Prashahra announced in mid-2021 that he would not continue in office at the end of 2021, we have been waiting with excitement and impatience for the announcement of his successor. The President and CEO (the official title) is the sole employee of the Board of Directors and works very closely with them. He is responsible for developing and implementing PMI's strategy. In a membership organization like PMI, he is also in dialogue with us members, volunteers and certificants.

Here is the link to PMI's official announcement: PMI Announcement 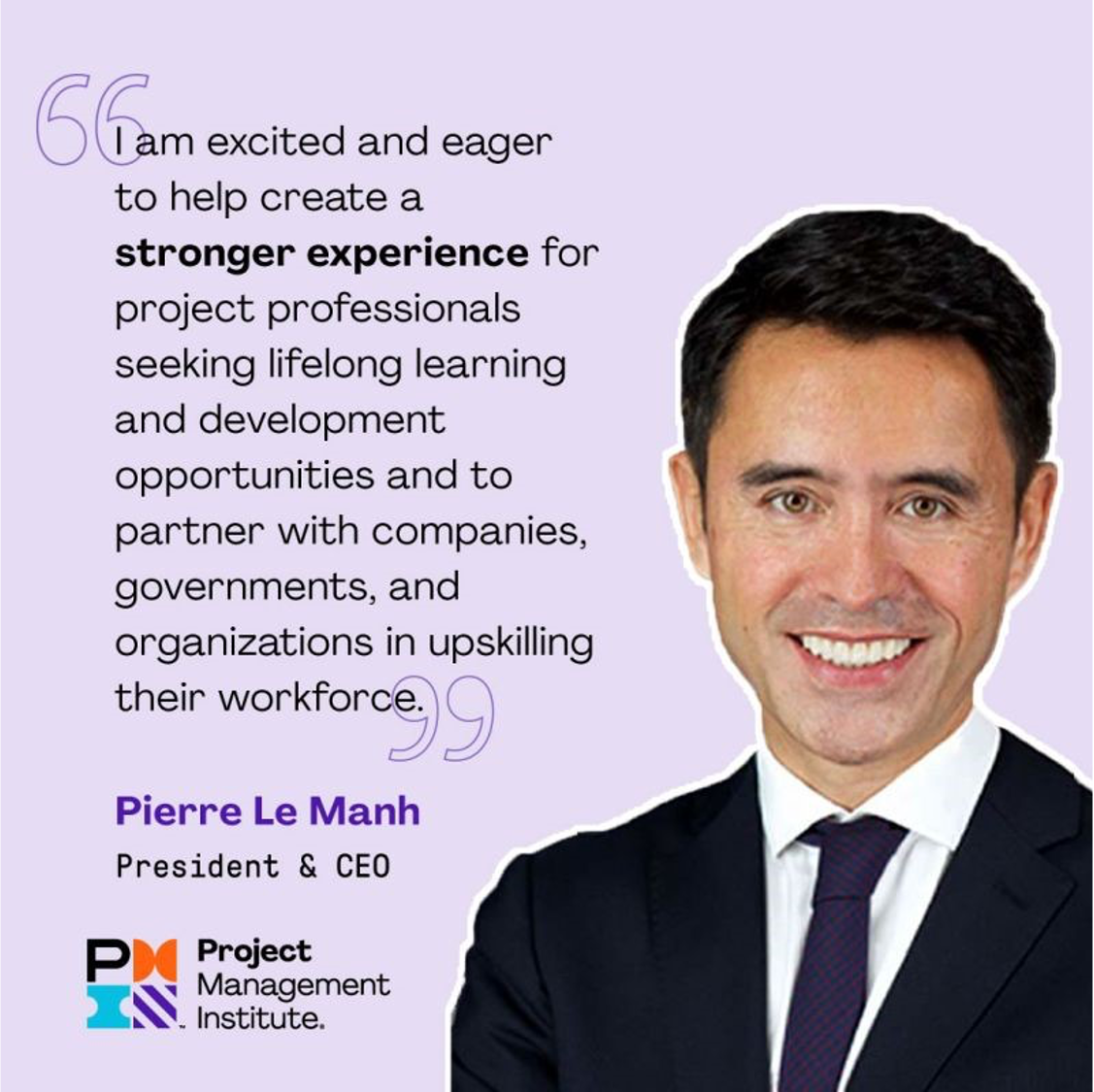 Pierre Le Manh has lived and worked in Paris, Rome, London, Montreal and New York. The major formative period in his professional life was probably 17 years at Ipsos, the last 8 years as CEO for North America, before that first as CEO for Europe and then as CEO for global Ipsos Marketing. Ipsos is one of the world's leading market research companies, based in Paris. It can be assumed that Pierre Le Manh will also bring the influences from these activities to PMI.

If one looks at PMI's not always entirely happy communication behavior, then it speaks for the Board of Directors to have appointed Pierre Le Manh, someone who should know a lot about compensating for this weakness.

Economic value creation takes place to an ever greater extent in projects. Therefore, the associations that have the goal of advancing project management socially through research, preparation of knowledge, standards, training, etc., should actually experience an immense boom. PMI is not doing badly, but if you look at the needs and potentials, the current status of PMI and other comparable organizations does not reflect reality. One reason for this is certainly the lack of market-driven framing, which has not always been successful, especially in conjunction with the stronger focus on agile approaches.

In the future, we will have more and more projects and the complexity will also continue to increase, and it will not be a question of whether projects are carried out in a planned or agile manner, but rather successfully. Therefore, the knowledge and learning about how to deal with projects, how to design them and how to execute them is a socially necessary basic knowledge that should be taught and anchored much more broadly than is the case today. If Pierre Le Manh succeeds in taking a step in this direction, PMI will have a great future with him.

We, the PMI Germany Chapter, are pleased that the Board of Directors has once again succeeded in recruiting someone with global experience. We congratulate Pierre Le Manh most sincerely on his new task and hope to be able to meet him personally very soon.